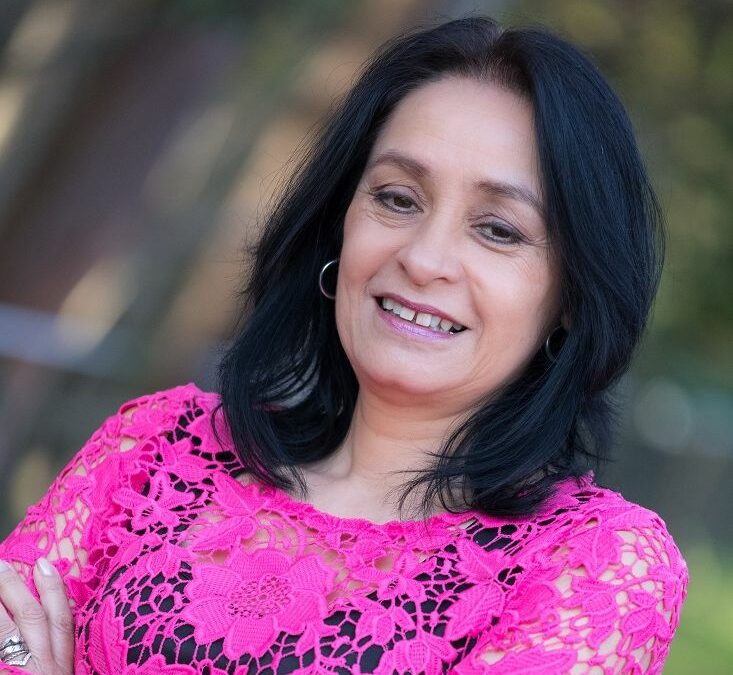 Having set up Chrysalis for Women in 2013, and having put large amounts of very enjoyable and rewarding time into it – aided by Iona from 2016 – I felt in 2019 that it was time for a change. Iona and the Advisory Board were doing a wonderful job of taking Chrysalis from strength to strength, so I was comfortable in stepping back from the day-to-day running of it.

My husband and I moved house up to Kāpiti, and I decided it was time to bring to the fore the spiritual work I’d been doing in the background for over 20 years. So I set up an Airbnb with a spiritual theme and started promoting my spiritual readings. I also joined two of the local Spiritual Fairs, working as one of their psychic mediums.

The plan was then to go back to East Africa in 2020, a place we’ve lived in before, for a 6-month adventure. Covid, of course, had other ideas.

A friend of mine had spent over three years as a full-time house sitter, but once lockdown happened, all her house sits dried up and she came to stay in our Airbnb for several months. She wasn’t sure of her next step so asked me for a reading.

“I think the time for house-sitting has come to an end” I said “But I don’t see you settling in one place. I still see you moving around, this time on more of your own terms, and providing services to people.”

I wasn’t sure what form her new lifestyle would take, but the next day I read an article in the newspaper about the Gypsy Fair and told her I thought that was her answer. Messages from our spirit guides sometimes come in interesting ways!

The Gypsy Fair travels around NZ from spring to autumn each year, providing a bit of magic to people who come along.

She decided to train to give spiritual readings, bought a van, contacted the organisers of the Gypsy Fair, and asked to join them for their upcoming season, starting in September.

“What am I going to do with my van after the season finishes?” she asked me.

“I’ll buy it and will take over from you” I replied. I don’t know why I said that, because I hadn’t given it any thought at all; the words just came out. Maybe it was because I was a gypsy in a former life.

And so I kept in contact with her, checking on her progress around NZ, and wondering if it actually was something I wanted to do.

I met up with her when the Fair reached Palmerston North, interrogated her for three hours about what it was like, and decided to apply. I had three nervous months wondering if I would be accepted (well, wondering if my spirit guides wanted me to do it – that’s how it works in my world), and was given the OK this month.

And so I’ve bought a campervan, having decided my friend’s van was too small, and will be living in it for seven and a half months, travelling with 23 lots of people – 22 of whom I am yet to meet. We’ll travel the length and breadth of the North and South Island from September until early May next year, moving to a different place every week. I’ll be giving what’s called ‘Akashic Record readings’. The Akashic Records are a record of every life you have lived, and can provide very useful wisdom.

I have to wear gypsy clothes when I’m working (yay!!) and need to give myself a bit more of a mystical name than ‘Kim’. So I will be Kimilena which is a name I use fairly often – it’s a combination of my first name and middle name.

The Fair only takes place at weekends, and we have the rest of the week to ourselves. I’ll probably spend some of the time writing more books, as well as going to dump stations and laundromats, and exploring the country, most of which I haven’t seen despite living in NZ since 1995.

My husband has a full time job and the plan is that he’ll join me from time to time. Christmas will be spent somewhere in the Auckland region, and I plan to come home during the week when the Fair is in striking distance of home.

I’ll be writing a blog about the new venture, so will let you know when it’s up and running.

In the meantime, this website gives you an idea of the season that’s just finished. The next one will be similar: https://www.gypsyfair.nz/

It will be strange living on my own most of the time, so feel free to keep in touch, I’d appreciate that 😊